Terminating Child Support While Child Away at College 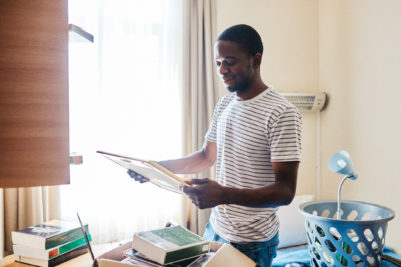 It is common for child support to continue to be paid while a child is away at college. A child often will return  home for perhaps four months of the year. What happens when the student just stays there year round?

Often in divorce stipulations of settlement, the parties will define when a child will be deemed emancipated terminating the child support obligation. One of those occasions is often a permanent change of residence of the child away from the residence of the deemed custodial parent.

It is common for such a change of residence to exclude one occasioned by a child’s attending college away from home. Such reflects that the custodial parent must have shelter available; and pay for food and other expenses while the child is home. Often, expenses for clothing, entertainment, and other items are paid year round. Sometimes a credit is given against the periodic support obligation for all or some fraction of the room and board expenses paid by child support payor.

What happens when a child simply does not return home while attending college? That was the issue presented to Nassau County Family Court Support Magistrate Sondra Toscano in Matter of Anthony C. v. Alison C., 2021 N.Y.Misc. Lexis 3115.

The parties were divorced with one child. The parties’ 2014, Stipulation of Settlement provided that, “The obligation of the HUSBAND to support the CHILD shall terminate upon . . . The CHILD residing permanently away from the Mother, school, college, summer camp and the like shall not constitute ‘permanently living away.’”

On October 8, 2020, the father filed a Nassau County Family Court modification petition seeking to terminate his child support obligation. He alleged that the parties’ son resided permanently away from the mother, although the child was attending college in Minnesota. The son lived in an apartment and had a job in Minnesota. It was alleged that over the prior two years, the son had returned to his mother’s home only for a period of two weeks.

The mother moved to dismiss the father’s petition. In her June 7, 2021 decision, S,M. Toscano granted her motion. The magistrate held that the plain language of the parties’ contract did not provide for termination of child support while a child was away attending college.

Moreover, Magistrate Toscano noted, New York Family Court Act §451 governs the grounds for seeking to modify a support order. A petitioner most prove that a “substantial change in circumstances” has occurred. The Court found that the father had not.

The magistrate also noted that the father intended to continue to support his son by paying all of his expenses. He just wanted to stop paying child support to the mother. He did not seek to declare the son emancipated, only to declare him emancipated vis a vis obligations to pay his former wife child support.

It was apparent to Magistrate Toscano, as the Court often hears from payor parents, that the father preferred to pay child support to his son directly rather than through the mother. However, ”the law does not yet have a mechanism for that.” The only circumstance noted by the magistrate which would permit such an arrangement would be if the son lived away from both of his parents and filed a petition for child support against one or both of them. The law permits an unemancipated child, who is living apart from his or her parents, to commence a support proceeding against one or both of them.